Disclaimer: Some of the links below are affiliate links. i.e., if you click on them/ sign up for their paid programs, I will get a commission, at no cost to you. Please rest assured that I only recommend software/ products I genuinely believe in, and trust to be good for you. Most of the times I write about free programs anyway.

When I was 21 I had gone for a vacation with 5 of my friends in a small beach town in India, and one night we were sitting on the relatively deserted beach.

At some point, 2 guys, seemingly in their 20s as well, with handkerchiefs tied around their noses and mouths, passed by, and they beckoned a male friend of mine towards them.

While the gut instinct of us women said “run for the hills”, the 3 men in our group decided they were brave enough to go talk to the strangers. Maybe the strangers were just fishermen.

A heated conversation ensued between the 5 guys (we assumed by now they were asking for all valuables), and from a distance, suddenly we saw a glint of steel. One robber had taken out a dagger and was pointing it at one friend of ours. My girlfriends started screaming, and running to find help.

I kept yelling at our guy friends to just hand over the valuables and get out of there. Instead, one of my male friends did the exact opposite. He gripped the hand of one of the robbers tightly, twisted it around, got hold of the dagger, and pushed the robber back who staggered. All 3 of them then started yelling aggressively at the robbers, who finally ran away.

But of course, while they were spared by the robbers, they almost got beaten up by us 3 very scared women for being so stupid! And it was a while before the main hero guy got the chance to explain his actions to us.

When he did, this is what he said:

He didn’t have power in his eyes.

To my friend, the robber clearly lacked the self-belief, the confidence, to take action, even though he had a powerful weapon in his hands. My friend then explained that his origins were in a town in India where such goons were common. He had seen many of them, looked at some in the eye, and could usually estimate well when one would take action, and when not. So according to him, up close, the robber with the dagger had acted like a scared little boy, giving my friend the chance to take control of the situation.

While I don’t condone my friend’s behavior at all, I agree with him that it’s the inner power that counts the most, not the tool one has. And people can sense that power in you. It shows up in your posture, body language, the way you carry yourself. Even when we look at someone, or hear them, or simply stay in their presence, we can sense their energy, passion, power. And even in a business world, that is what we trust most and count on, not simply the PowerPoint presentations, sales pitch, or meticulous reports.

A look at any great leader, whether he/ she be a war hero or a peace activist, whether it’s a globally acknowledged CEO or the boss you look up to, will tell you that confidence, charisma, and conviction are traits they all share. They believe: in their actions, thoughts, abilities, and their inner selves. And THAT is what executive presence is all about. Believe in and be confident about what you do, stand up for it, and let it reflect in everything about you. If you don't have that, no tool and title can help you be a leader.

All of you can be leaders like that. In a way, we all are. We believe in some things. And sure, we get nervous and unsure too. The trick is to overshadow the nervousness with the confidence and belief, knowing that the nervousness is normal, because we aim to do something good, great even.

So this experience and the robber taught me, let the power in your eyes show today. Even if you don’t have the tools in your hand, let your inner strength shine so bright that people can sense that, and work with you accordingly. Be #PowerfullyYOU.

Would love to hear your comments and don't hesitate to reach out to me at pbasu@weignitegrowth.com. You can check my website, or connect with me on LinkedIn and Twitter (@poulomi_basu) for more tips and information on authentic personal leadership branding.

This site uses Akismet to reduce spam. Learn how your comment data is processed. 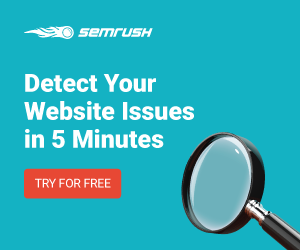